Can Rafael Palmeiro Make a Comeback at 53? 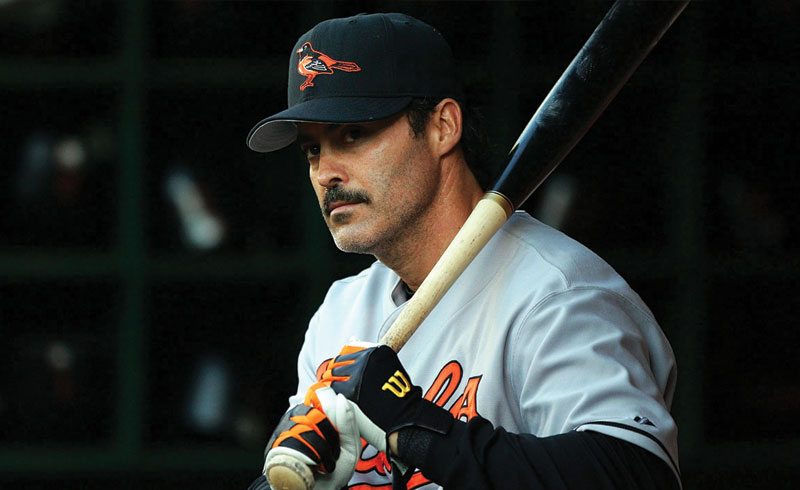 Rafael Palmeiro, who is 53 and last played in 2005, said is trying to make a comeback.

The former four-time All-Star recently told The Athletic, “There’s no doubt in my mind I can do it, I’ve taken care of myself really well. I’ve been working out for years. Everything feels better than when I played.”

A one time potential Hall of Fame first baseman, Palmeiro played for the Chicago Cubs, Texas Rangers and Baltimore Orioles. Over a 20-year career, he was able to rack up more than 500 home runs and 3,000 hits, and is one of only five major leaguers to achieve that feat:

With that on his resume, Palmeiro is motivated and thinks he can actually come back and help a club. Another part of his motivation comes from the way his career ended after testing positive for performance enhancing drugs in 2005, the first professional baseball player to do so.

He was shunned be every professional team after being suspended by Major League Baseball, all this coming after testifying just months before at a Congressional hearing about steroids:

“Let me start by telling you this: I have never used steroids — period. I don’t know how to say it any more clearly than that. Never.”

Now that the dust has settled and time has passed, Palmeiro has changed his tune a bit and hopes to achieve even the smallest amount of redemption.

“Maybe 12 years later, if I can come back and prove I don’t need anything as an older player with an older body, then people might think, OK, maybe he didn’t do anything intentionally,” Palmeiro told ESPN.

Reaching the Hall of Fame is most likely out of the question for Palmeiro, but that doesn’t seem to be affecting his comeback. After posting this video to his Twitter account on Friday, it looks like there is no chance of stopping him.

Good to be back in the cage again. The comeback is real. pic.twitter.com/uA8FMjyTjv

Julio Franco was 49 when he finally retired in 2007, and is the oldest regularly position player to play in Major League Baseball. But in order for Palmeiro to take the top spot, a team would have to be convinced that he deserves a spot on their roster.

Baltimore Orioles GM Dan Duquette did not entirely dismiss the idea of giving Palmeiro a chance:

“It would be an interesting story,” Duquette said. “It’s like tying your shoes … If you can hit, then you can hit.”